During the 5 years of campaigning to free captive dolphins and stop Taiji dolphin hunt, Hotpinkdolphins has been putting pressure on South Korean government to tight regulation and finally ban dolphin import from Taiji to Korean dolphinariums.

Hotpinkdolphins organized press conferences, held rallies, filed a lawsuit against Ulsan dolphinarium to hold the city accountable for the deaths of two dolphins and embarked on boycott campaign.

Finally, the Ministry of Environment and the Ministry of Oceans And Fisheries decided to disapprove Ulsan city to import dolphins from the controversial town of Taiji, Japan.

Furthermore, the Ministry of Oceans And Fisheries announced today, Feb 4, 2016 that it will tighten the regulation and the screening process which will make dolphin imports from Taiji 'very difficult' for dolphinariums in South Korea.

Currently, it is not allowed to catch whales and dolphins in Korean waters for exhibition or entertainment purposes. If the Korean government bans Taiji dolphin import then, practically there will be no other possible way left for dolphin show business to open new dolphinariums or expand the facilities than trading dolphins from the Solomon Islands.

Hotpinkdolphins regards this to be a major step for South Korea towards becoming a dolphinarium-free country.

Let's continue to fight until there will be no more dolphins shows left on earth! 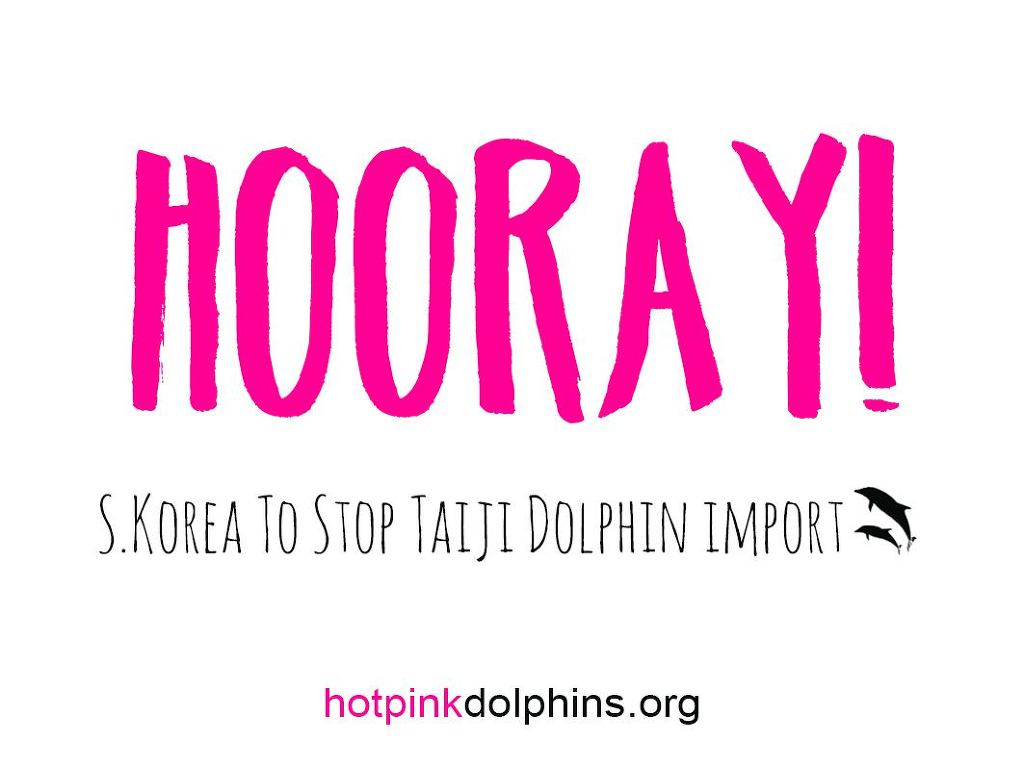